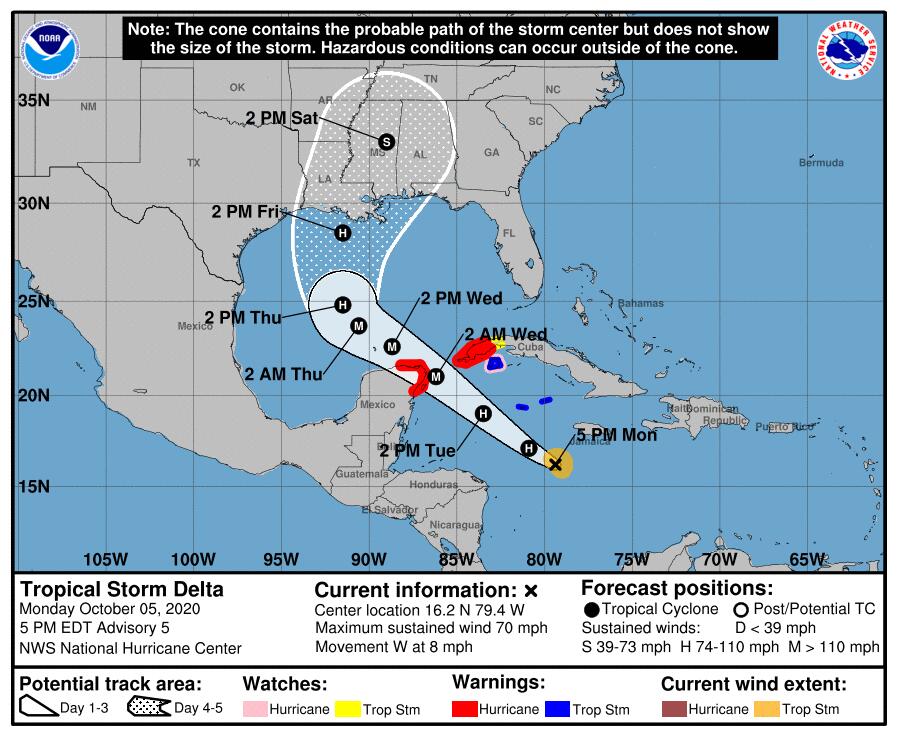 Delta is moving toward the west near 8 mph, and a turn toward the west-northwest should occur this evening. A faster northwestward motion is expected Tuesday through Wednesday night. On the forecast track, the center of Delta is expected to pass southwest of the Cayman Islands early Tuesday, and approach the northeastern portion of the Yucatan peninsula and the Yucatan Channel Tuesday afternoon or evening. Delta is forecast to move into the southern Gulf of Mexico Tuesday night or early Wednesday, and be over the south-central Gulf of Mexico on Wednesday and Wednesday night.

Data from a NOAA Hurricane Hunter aircraft indicate that the maximum sustained winds have rapidly increased to near 70 mph higher gusts. Additional rapid strengthening is expected during the next day or so, and Delta is expected to be a major hurricane when it nears the Yucatan Peninsula.

Tropical-storm-force winds extend outward up to 70 miles (110 km) from the center.